You'll always be right in the middle of the action

We care about your well-being: all the materials used for room decoration are environment friendly, and your individual climate control can be adjusted accurately by degree.

Panoramic windows and an outdoor terrace, you can also choose between spectacular city view or quiet courtyard.

The most comfortable and fancy deluxe suite

We offer a full range of first-class services

You will be delighted by the variety of meals in the menu, our exquisite wine card and the most precise service

We can offer you the fully equipped meeting rooms, convenient location and wide range of provided services

Aquamarine Hotel is located on the waterfront Vodootvodny canal in the historic district of the capital - Zamoskvorechye, surrounded by historical and cultural monuments.

Zamoskvorechye traditionally is the most quiet and cozy area of Moscow center. It saved a large number of parks and green spaces, part of the street is a pedestrian.

The hotel and the convenient location, guests are within a few minutes to get to any point of the center of Moscow - to the Garden Ring and the Red Square. 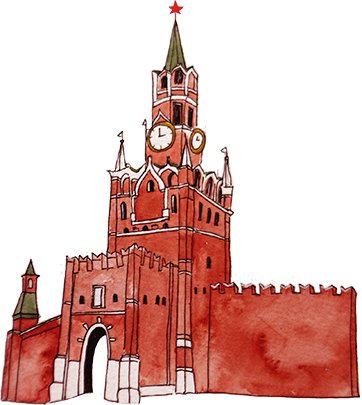 Moscow Kremlin is the best known Russian landmark. The oldest clock in the country is the Kremlin chimes on Spasskaya Tower. They are situated on the territory of moscow Kremlin, as well as Lenin's Mausoleum, Red Square, 20 towers, 8 churches, and a lot of other buildings, monuments and constructions.

Kremlin's great history goes back over 900 years. For example, a lot of legends were composed about Kremlin's dungeons, there are a lot of hidden passages linking different towers of the Kremlin wall.

There is a curious fact that in 2010 some icons were found on Spasskaya and Nikolskaya towers underneath the plaster layers. It is quite possible that very soon there will be a restoration of other Kremlin towers (Kutafya, Konstantino-Eleninskaya, inner sides of Spasskaya, Troitskaya and Borovitskaya towers).

Photoshooting on Red Square using professional equipment and (or) a tripod is prohibited since 1993.

Bolshoi Theatre is one of the architectural landmarks of Moscow. Its sight is well-known because of the image on 100 rubles note. Located a short walk away Moscow Kremlin, it is one of key parts of every sightseeing tour.

Since the very beginning there were a lot of rumors about the Theatre, but nothing can change the fact that it is incredibly popular in Russia and worldwide. That is why buying tickets to Bolshoi Theatre is not that easy.

The king of all ballets "The Swan Lake" was performed here for the first time in 1877. After one of the performances with Galina Ulanova as a lead actress, a florist from Holland selected two new tulip varieties: "Bolshoi Theatre" and "Galina Ulanova". One can still find this flowers on the flower beds of theatre square. 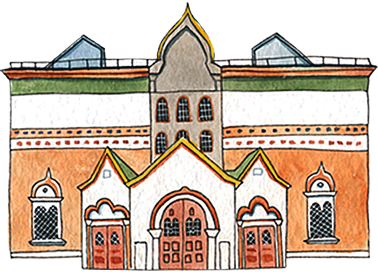 The founder of Gallery Pavel Tretyakov decided to create a museum solely dedicated to Russian national art and painters who made a contribution to history of Russian art.

At first all the paintings found their place in rooms of Tretyakov family house, but eventually the collection became so large that the rooms couldn't contain it anymore. Nowadays there are 3 branches of the museum (Lavrushinsky Lane, 12 and 10, Central House of Artists on the Crimean Val, 10) and a science centre working on paintings storage and restoration, as well as researching and museum values propaganda.

Tretyakov Gallery houses widely known painting "Morning in a Pine Forest" by I.I. Shishkin and K.A. Savitsky who painted the bear cubs, as well as two of the four famous "Black Squares" by K. Malevich.

Visit worldwide famous Gallery and try to find a fake wall hiding the lifts which transfer painting between branches. 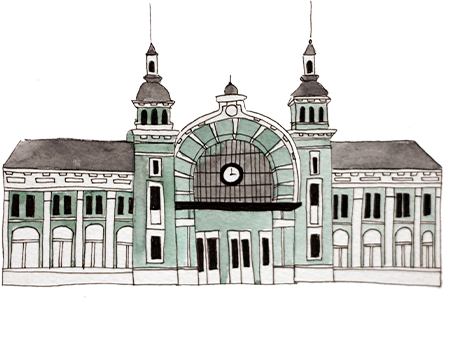 This railway station is well-known because of Russian films such as "Belorussian Station", "The Cranes Are Flying", "The Barber of Siberia" and many others. Every visitor of the capital coming to Moscow through Sheremetyevo International Airport can use Aeroexpress train to get to Moscow Smolenskaya railway station.

In 1941 Moscow Smolenskaya railway station became departure point for troop trains headed to frontlines of World War II. It was the place where song "The Sacred War" (by V.I. Lebedev-Kumach) was performed for the first time on 24 July 1945. 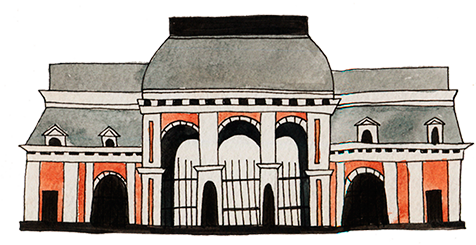 Every visitor of the capital coming to Moscow through Domodedovo International Airport can use Aeroexpress train to get to Paveletsky railway station.

Paveletsky railway station is a big transport hub. It links Moscow with Middle and Low Volga Regions, and Caucasus towns.

This railway station is a historical place. In the end of 19 century it was a point building stones used in the construction of the Cathedral of Christ the Saviour were carried from. The last diesel train had been coming here coursing between Moscow and Novomoskovsk up to 2005. 23 January 1924 funeral train with the body of Vladimir Lenin came here. Because of that the museum called "Vladimir Lenin's funeral train" was opened near the railway station in 1980. The museum is opened Monday to Friday 11 am - 5 pm. Ticket price is rather low — 40 rubles.

Cathedral of Christ the Saviour 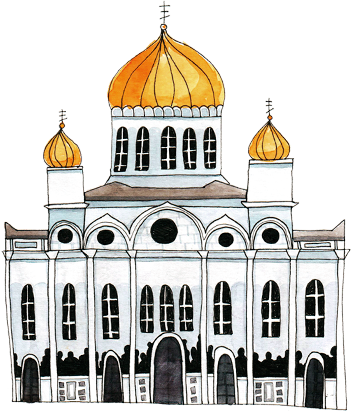 The main Russian cathedral was built to celebrate the victory in the 1812 war with Napoleon and in honour of all fallen in battle. The cathedral is located near the Moscow Kremlin and receives more than 1 million visitors a year.

The Cathedral houses one of the greatest Christian artifacts — one of the Holy Nails. The Cathedral's fate was anything but simple. It took 42 years to construct the first building, but it was pulled down in the time of I.V. Stalin to build Palace of the Soviets. But this idea was abandoned after World War II and this place had been taken by "Moskva" hypaethral swimming pool for 34 years.

In 2000 the reconstruction of the Cathedral of Christ the Saviour was finished and Christmas was celebrated with a divine liturgy.

There are rumors that in 1931 after deconstruction of the Cathedral its marble was used to build "Plosschad Sovetov" and "Okhotny ryad" subway stations, and the benches were taken to "Novokuznetskaya" station 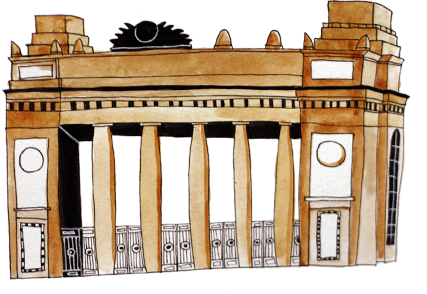 It is not common knowledge that before 1923 this place was occupied by city dump, the park was created in 1928. The park's main tasks were political education, cultural enlightenment, and popularization of sport activities.

A lot of facilities became available in Gorky Park in 2011 after the restoration. There are a bike rental, a skate park, Moscow's biggest sandbox, ping pong tables, futsal field, and lots of different interactive facilities. 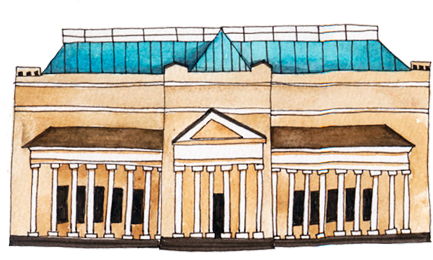 This museum complex owns one of the largest collections of foreign art in Russia and has more than 1 million visitors each year.

It is one of the biggest and most significant European and world art museums in Russia and in the whole world, and its building is considered to be an architectural monument. The museum is situated near the Kremlin, opposite to the Cathedral of Christ the Saviour.

In 2012 the museum turned 100. On this occasion a series of gold medals and postmarks with the image of museum were issued. More than that, Channel One for the first time showed Leonid Parfyonov's two-part film "God's Eye".